Sunny fall days will provide calm afternoon water, and are excellent times to fish a Musky Killer in the cabbage weeds. It’s here the muskys go to warm themselves. They also take advantage of the shadows to stalk their prey. Because of the similarity of weather conditions, this is also an excellent place to find muskys in the early summer.

Musky season opens early on many shallow northern musky lakes, and fishing these cold waters can be the key to early season action. A slow presentation is needed, and the Musky Killer’s blade, like the blade on all Mepps spinners, begins spinning at even the slowest retrieve. Fish shallow bays and large flats of weeds early in the season with a Mepps Musky Killer.

There are no reviews yet. 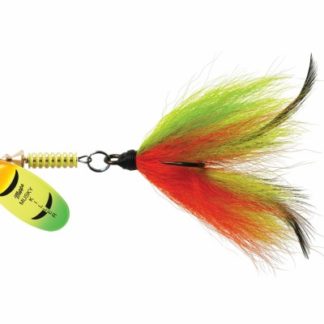